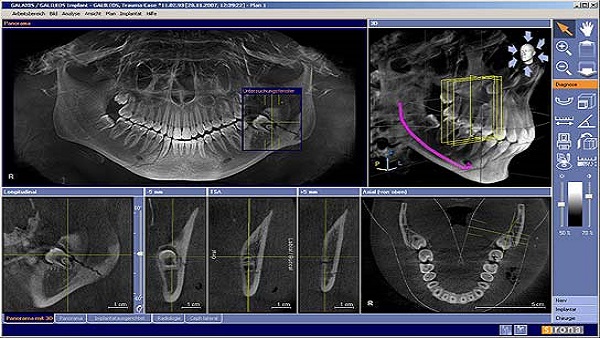 Cross-sectional slices provided for a more accurate anatomical way to get information for bone dimensions and locations.

3D imaging is a process to render a three-dimensional image on a two-dimensional surface by creating the optical illusion of depth.Generally, 3D imaging uses two still or motion camera lenses a slight distance apart to photograph a three-dimensional object. The process effectively duplicates the stereoscopic vision of human eyes. The image is reproduced as two flat images that viewers’ eyes see separately, creating a visual illusion of depth as their brains combine the images into one.